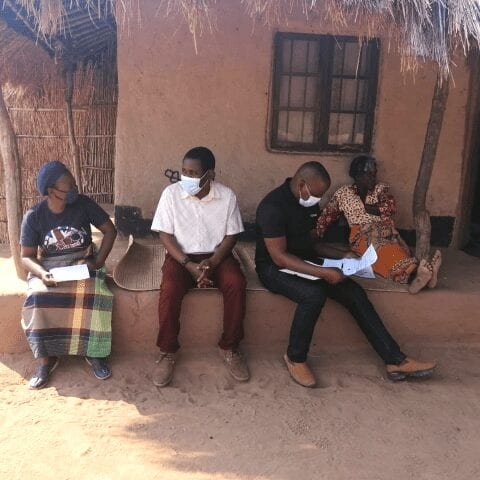 Uniquely, Capacity is running a rolling household-level survey. Here’s why.

Population and other demographics can be an imprecise matter in countries such as Malawi. Before Capacity started working in Malenga Mzoma – a collection of about 50 villages – we carried out a survey of some 30% of the households in 2016.

That indicated there were about 4,000 households with a population of 20,000 people and it gave us a huge amount of information about literacy, affluence levels, land and livestock holdings, education, health, food and water security and a range of other measurements. This was summarised in a 130-page report.

Now, five years on, we are repeating the survey but in far greater detail. The first task was to count the number of households and that revealed an under-estimate – there are 5,500 households, not 4,000. And the population is apparently about 25,000 – a quarter more than was thought.

In May 2021, 10% of the households were interviewed to give us a snap-shot to compare with the original 2016 survey. But now we’re going further: the 90% of households who were not interviewed in May are being covered in a rolling programme in which about 50 households are interviewed each week – so it will take about two years to complete all of them.

This granular level of surveying is unknown in Malawi and will provide masses of information to enable the various Government departments and Nkhata Bay District Council to plan services and improvements. The 50 villages have an Area Development Committee, which will also benefit from the survey information.

Importantly, prioritisation will become truly possible for the first time: where are the poorest, sickest, least-educated people? Where are the success stories that can be replicated?

There will be occasional updates on this exciting initiative both on our website and in our periodic newsletter – if you’d like to receive it to keep abreast of all the innovative programmes at Capacity, please get in touch!